Topic We Cover: NYU Vs Columbia Vs University of Southern California Vs North Eastern University

Popularly known as NYU, New York University is a Famous Private Research University which was established in the year 1831. It was Albert Gallatin who first thought of designing an institution for young men. He was later elected as the first president of the university. Located in Greenwich Village, New York City, it also offers educational opportunities in Abu Dhabi, Shanghai, as well as in 11 global educational centres. It has a total undergraduate enrollment of 26,733, and the setting is Urban. It utilizes a semester-based academic calendar. According to the 2020 edition of Best Colleges in the National Universities, New York University's rank is#29. Its tuition and fees are $53,308. 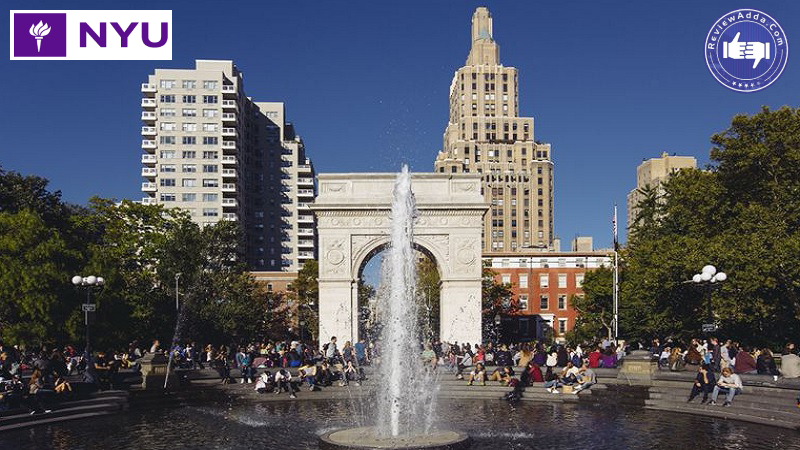 New York University’s leading campus is situated in the lively Greenwich Village neighbourhood of Manhattan. For all four years, students are residing in the residence halls throughout Manhattan, but many well-off people choose to live off campus in apartments around the city. NYU has a small but active Greek life with more than 30 fraternity and sorority chapters. There are more than 300 student organizations on campus, such as WNYU, the student radio station which streams online and broadcasts on a local FM channel to the university community.

New York University is divided into a number of schools and colleges, among all the College of Arts and Sciences is the largest. The renowned Tisch School of the Arts is the place perfect for those interested in drama or film, offering both undergraduate and graduate programs in acting, dance, dramatic writing, film, television and more. Former Tisch students include directors Martin Scorsese and Spike Lee. Other Graduate Programs involve the highly ranked School of Law; Stern School of Business; Steinhardt School of Culture, Education, and Human Development; Silver School of Social Work; School of Medicine; and Robert F. Wagner Graduate School of Public Service.

The university welcomes students from 134 nationalities, including every state in the USA. From a student body of just 158, it has massively grown to more than 47,000 students today. Not just this, the institution has received 75,037 applications for its UG Programs last year, making it the only university in the USA to achieve this record.

The campus covers more than 171 buildings stretch between Manhattan and Brooklyn, acquiring a roughly 230-acre area of land. In 2018, according to the Times Higher Education and Educational Ranking of World Universities, NYU made its way amongst Top 30 Institutions Globally. NYU stands as one of the biggest employers in the city as it provides employment to approximately 19,000 employees.

Graduating more than 400,000 students, its alumni are working in almost every field of the country. It includes Heads of state, CEOs of Fortune 500 companies, inventors, royalty, eminent scientists, entrepreneurs, media figures as well as astronauts. As of 2018, a number of Nobel Laureates, Pulitzer Prize winners, Fields Medallists, Academy Award winners and a huge number of members of the National Academies of Sciences have been affiliated as the alumni of New York University.

The rank of New York University in the QS World University Rankings® 2016-2017 is 46th. Times Higher Education and Educational Ranking of World Universities, NYU is one of the best universities in the world, and its graduates are favoured by recruiters, as indicated by NYU’s excellent performance in the Graduate Employability Rankings 2017.

Based in New York City, NYU has campuses in Manhattan and Brooklyn, with the core of its buildings around the lovely Washington Square Park in the Greenwich Village. Famous alumni include actor Alec Baldwin, the pop star Lady Gaga, and celebrated playwright Tony Kushner.

The New York University has a wide campus spread across various Cities. The university has largest library. It comprises of 23 institutes that provide quality education to students

NYU has 22 residence halls and two graduate living communities. The housing facility is available to accommodate approx. 12000 undergraduate and graduate students. Residents are benefitted with a safe and secure living environment along with living-learning communities.

NYU offers more than 400 programs including undergraduate, graduate, and continuing education programs. With more than 230 areas of study, NYU offers the wide variety of program choices to the aspirants. Join NYU to build your career in any of the following key majors:

Columbia University is established in 1754, it is a private Ivy League research university in Upper Manhattan, New York City. It was settled by royal charter of George II of Great Britain as King's College and renamed in 1784 as Columbia College following the American Revolutionary War. 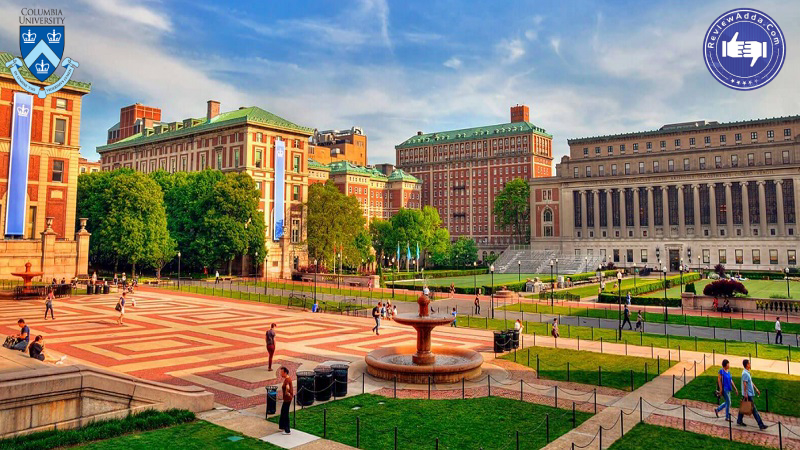 With an undergraduate acceptance rate of 5.8 percent, Columbia is currently the third Most Selective College in the United States and the second most selective in the Ivy League after Harvard. Its first president was none other than the literary great Samuel Johnson, and over the years Columbia has produced numerous distinguished alumni, from Oscar winners and Nobel laureates to Supreme Court judges. Three US Presidents and the authors of the Declaration of Independence and American Constitution were also schooled at Columbia. It also runs the highly distinguished Pulitzer Prize, an annual award for achievements in journalism, literature and musical composition.

The university is organized into 20 schools, including undergraduate schools such as Columbia College, the Fu Foundation School of Engineering and Applied Science, and the School of General Studies, as well as graduate schools such as Columbia College of Physicians and Surgeons, Columbia Law School, Columbia Journalism School and Columbia Business School. Its total student body numbers around 28,000 and is comprised mainly of postgraduates, with roughly 8,500 undergraduate students.

Columbia’s main campus is Morningside Heights, occupying around six city blocks in the Morningside Heights district of New York. It’s home to the neo-classical Butler library, one of the largest buildings on campus, and almost two dozen undergraduate dormitories. To reside the faculty members, students, and staff, the university owns 7,800 apartments in the local area.

The campus was designed along Beaux-Arts principles and was a late 19th century vision of a campus where all disciplines could be taught. Some of its rare features include a National Historic Landmark, the Low Memorial Library, the site of the invention of FM radio, and the location where the nuclear fission of uranium first took place.

More beneficial for students are a long series of granite steps which are a popular hangout and meeting place, The Steps, and the bronze figure of Alma Mater, a female figure draped in an academic gown who serves as a daily reminder to students of their scholarly duties.

Columbia University, is situated in the City of New York. It is a Private Research University. Founded in the year of 1754, it is one of the most ancient university. Currently, the university holds twenty schools, along with the global affiliates known as Columbia Global Centers.

Columbia University offers numerous undergraduate and graduate courses in various fields. Some of the major fields of the university are:-

Why Should you Choose Columbia University?

After the Catholic Church, Columbia University Possesses the largest land in the New York City.

Established in 1880, the University of Southern California is among the oldest private research universities of America situated in Los Angeles, California. Many professional businessmen and leaders have graduated from the university. It is considered as the global center for technology, International business, and arts. There were just 10 teachers and 53 students in the university when it opened in 1880. The university was ranked 17th by Times Higher Education and The Wall Street Journal among the 1,000 private and public universities. 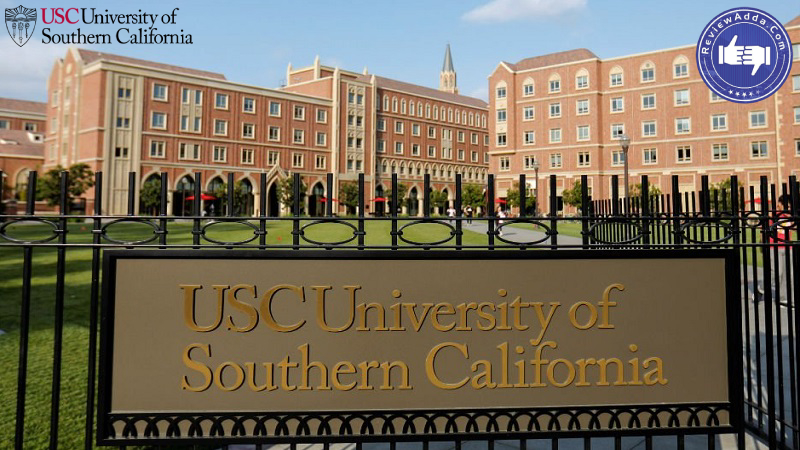 The University Park Campus, located in downtown Los Angeles, houses David Dornsife College of Letters, Arts and Science and USC Dana. The health campus in the northeast of downtown houses the School of Pharmacy and various programs in Occupational Science and in Physical Therapy and Bio kinesiology. Besides, the Children's Hospital Los Angeles, which is staff by the university's faculty from Keck School of Medicine, is often regarded as the third campus of USC.

As per the 2018-19 academic statistics, the university has a total population of 47,500 students out of which 20,000 are undergraduate students and 27,500 are graduate and professional students. Approximately, 11,308 International students are enrolled regularly in the university. The admissions at the university are highly selective with 95 undergraduate programs and 147 minor academic programs are offered. Moreover, the Undergraduate Program is categorized as balanced arts & sciences while the graduate program is categorized as comprehensive with 134 programs in masters and professional degrees.

Over 375,000 alumni are among the top leading positions across the world with half of them are the residents of California. The Trojan network keeps the alumni connected over 5 continents through 100 alumni groups. Some of the notable alumni include O.J. Simpson, who is the football star of the 1960s, Star Wars creator George Lucas and the first person to walk on the moon, Neil Armstrong.

In 1880, Los Angeles was little more than a frontier town when USC first opened its doors to 53 students and 10 teachers. Today it stands as the oldest private research university in the West and a world class research university.

The Health Sciences Campus, to the northeast of downtown Los Angeles, is home to the Keck School of Medicine of USC, the School of Pharmacy, three major teaching hospitals and programs in Occupational Science and Occupational Therapy, and Biokinesiology and Physical Therapy.

Located in Boston, Massachusetts, United States, Northeastern University is a private research university. Established in 1898, the university is known for its cooperative programs 3,100 with partners in 7 countries. 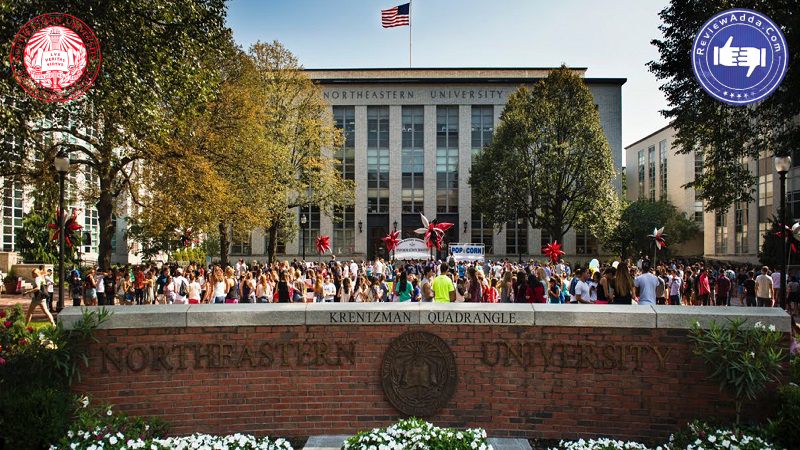 Northeastern University begins with an ingenious idea: that education is about engaging with the world to answer problems and lead change. That different way, founded in cooperative education, has developed an academic culture that introduces both undergraduate and graduate studies. They authorized their UG to delineate their own intellectual way, through more than 90 majors and concentrations and global experiential learning opportunities in 92 countries. Northeastern's 158 graduate programs prepare students for emerging new fields; students are able to take courses on campus, online, or in hybrid formats, creating the educational experience that best meets their requirements.

The North-eastern University is dedicated to the educational accomplishment of its students, offering on the basis of requirement helps and a range of scholarships to reward the distinguished achievements of students from all walks of life.