The IIMs have sounded the bugle for admissions with the release of CAT Cutoffs 2017 for progression to the next stage of admissions. Though CAT cutoffs seldom grant hope to candidates, having a target to aim at often makes things simpler. 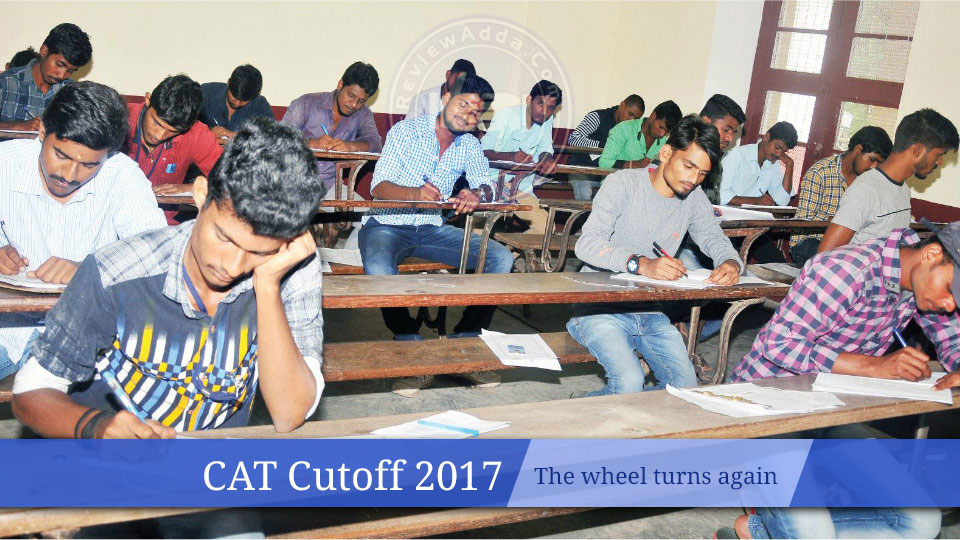 CAT 2017 is being conducted on November 26by IIM Lucknow this year. The pattern is expected to remain the same, much to the relief of the candidates. After changes like the induction of calculators and non-MCQsin 2015, it appears CAT conveners have identified a reliable format to test MBA aspirants every year.

The CAT cutoffs include overall as well as sectional cutoffs which both have to be cleared for further selection to WAT-GD/PI rounds.

Even with a plethora of B-schools popping up across India, the IIMs and a handful of other colleges remain the most coveted institutions for PGDM courses in the country. Thus, cracking the CAT cutoff remains a lofty yet necessary challenge for aspirants in India.

CAT 2017 will be conducted by IIM Lucknow on November 26 this year.

Unlike other B-schools and colleges for that matter, the IIMs declared CAT cutoffs 2017 prior to the exam itself. Though the reasons are not clear, though one can conclude the IIMs took a look at the mistake DU was making declaring exam cutoffs after the exam and decided to buck the trend.

With the exam in a few months’ time, we look at the CAT Cutoffs 2017 for the 20 IIMs and the trend being followed with respect to previous year cutoffs.

Although it seems the IIMs are gods playing dice with percentile scores, the CAT cutoff is set keeping various factors in mind. With merely 3300 seats up for grabs, the setting of the CAT cutoff score remains a crucial part in the selection procedure. Some discernable factors affecting CAT cutoffs include

Common trends usually suggest a tougher CAT means a lower CAT cutoff and vice versa. However, top institutes such as the old IIMs, FMS, MDI Gurgaon etc, rarely budge from their usual stance and keep the CAT cutoff as high as over 99 percentile. New IIMs and other premier B-schools set the CAT cutoff over 90 percentile while the lower tier schools follow suit and move lower in the pecking order.

The first institute to release its CAT cutoff this year was IIM Ahmedabad. With most students vying for seats in this particular IIM due to its high ranking amongst other IIMs, expect the final CAT cutoff to rise much higher than the suggested CAT cutoffs mentioned below.

The CAT cutoff 2017 for IIM-A remained the same as last year.

Another top IIM, Calcutta has also not changed its CAT cutoff this year

The convener of CAT 2017, IIM Lucknow kept its CAT cutoff the same as last year except decreasing five points for PwD candidates.

IIM-V also did not change it CAT cutoff for this year’s examination. Sectional CAT cutoff also remain the same.

SC and ST candidates will be disappointed to see an increase in their CAT cutoff in overall as well as sectional score this year.

Other B-schools declaring their CAT cutoff after the examination have the luxury of setting a higher tipping point to deal only with top draw candidates. Noting trends from IIMs, CAT cutoff for various colleges besides IIMs can be predicted. The table of the same is depicted below

One doesn’t need to be an analytic wizard to notice most IIMs are sticking with their previous year’s CAT cutoff, suggesting that CAT 2017 may be similar in difficulty to CAT 2016. This trend does bring stability to the exam procedure itself and establishes a standard for students to strive for.

Like every year, the slow rise in CAT 2016 percentile v marks towards the end of the curve implies cut throat competition for seats in top IIMs.

The allotment for top draw IIMs are done only towards the end of the curve, clearly highlighting the previous point. Unlike previous years where CAT cutoff used to waver when highest score was low toallow students with low marks to compete for premier IIMs, a consistent level of difficulty has blown low percentile students out of the reckoning.

With students consistently delivering high scores, the result has been, CAT cutoff has incremented over time.

CAT cutoffs for IIMs thus remains same as compared to last year, but final required percentile marks may yet fluctuate depending on student performance and subsequent WAT/GD-PI rounds.

CAT Cutoffs 2017 didn’t deviate much from last years’ cutoffs. After the IIMs settled down with the changed format last year, major fluctuation in cutoff is a seemingly distinct possibility. Subsequently CAT cutoff 2018 for various other colleges can also be expected to fish around the same percentiles.

Expect more of the same.

In regard to categories besides general, CAT cutoff could rise uniformly across all B-schools and IIMs if the performance improves yet again. CAT cutoffs for SC, STs and DA were increased by some IIMs this year. While this trend may increase competition further, decreasing disparity is a good sign for colleges. 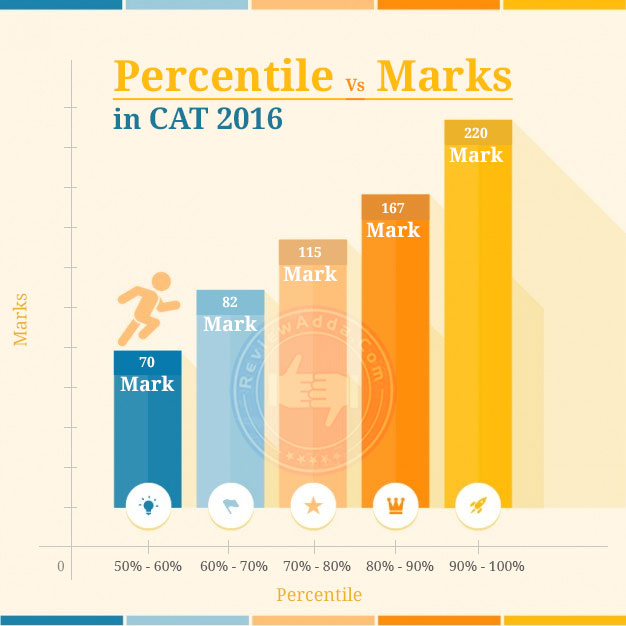 Role of GD and PI

The greatest travesty of the procedure. Even after the toil of hitting the required CAT cutoff, it may yet go all in vain. GD and PI rounds separate the best prepared from the well rounded and affable candidates. It seems harsh to reject a candidate who makes it to that point, and it is, but like the sun shines brightest after a dark night, the candidate emerging successfully from all rounds is guaranteed to be one of the best in the country. And that is what the top IIMs want.

PGDM as a course derives its purpose in honing the all round skills of the candidate. From communication to leadership and mediation, an IIM graduate is expected to be developed in all skills of strong management. Thus, even clearing the CAT cutoff cannot be considered enough. Candidates with strong personality and engagement skills do well in GD and PI rounds where percentile scores do not matter.

The purpose of the GD round is to test your behaviour and confidence in a high pressure environment by conducting a discussion on a previously unknown topic. The moderators judge each candidate’s response to difficult situation where they have to put forth a unique point or digress with someone in the group.

The key remains in always trying to put forth a positive spin to a topic. Trying to digress at every point for the sake of being noticed can prove detrimental. Bringing forth unique point of views and supporting claims with appropriate examples highlights the vision of the candidate and tests his/her analytical nature.

However, if you deem it necessary to digress, back up your words with appropriate examples to force other candidates to abandon their views and back yours. This is difficult, but if successfully done highlights persuasion skills, something even top MBA executives fail to master.

Like the GD round, the PI round focuses on testing a candidate’s mettle in a 1 on 1 interview. Though questions can be from any ranging topics, interviewers usually try to grill candidates on general information and opinions. You views on certain matters will be challenged by the moderator forcing you to think twice. The key is to use logic and calmly accept a view if it seems sustainable and true or to stand by your view and defend it ferociously.

Many candidates spend 5-7 years trying to hone their skill set to match with those required to gain admission to IIM. The approach is common and misguided. The aim should not be go to IIM, but rather to develop skills necessary for being a top draw MBA executive.

Only seldom do candidates clear the examination in their first attempt. Commitment and perseverance are admirable qualities, but admission to IIMs needs a constant yearning for excellence and knowledge.

To conclude, clearing CAT cutoffs is never enough. Developing an all round personality is crucial to gain admission to top IIMs in the country. Like the turning wheel mentioned above, some will be on top of the wheel when it all ends.

And some will be crushed beneath it.

To end with a George S Patton quote: Accept challenges to feel the exhilaration of victory.