ITM vs Amity vs Jagran Lakecity vs VIT Bhopal

The college comparison cycle continues as we move onwards to the center of the nation, Madhya Pradesh. Though MP is far from being a far-flung state, the state does tend to lack in having quality colleges and universities. Most of the country’s best private and public universities are situated in the states surrounding MP or other areas.

Though there is a lack of Top Quality Institutions in MP, it does not mean good universities are entirely absent. In this article, we will be comparing four such institutions: ITM University, Amity University, Jagran Lakecity University & VIT Bhopal.

Rise of Private Colleges and Universities: Education or Business?

The rise of Private Universities and colleges has not been entirely unforeseen. The number of applicants for college admissions has only increased in the past few years. On the other hand, seats in highly touted government colleges have only decreased.

A prime example is a near-impossible cutoff set by Delhi University. Some DU Colleges set the cutoff at 100%, which is literally as absurd as it sounds. Students scoring 95% have to settle for the ‘average’ colleges or otherwise compromise with their course of choice for a better college.

The same is true for many engineering and medical aspirants. To compensate for this void and offer students a viable option to government colleges, private colleges and universities have sought to offer aspirants quality education at their respective campuses.

Dr. Gupta, former faculty at one such private university explains how these institutions. ‘The focus is money, yes. The university where I taught used a major part of its resources to bring in new admissions every year. Unlike government colleges which do not need any marketing blitz, private universities know they have to reach out to the students in order to eventually reel the fish in’

However, is it really a surprise that a private enterprise seeks to maximize revenue?

Dr. Gupta replied promptly. ‘No. There is no problem if a private college seeks to market its brand. However, it also has to allocate a certain percentage of its resources towards improving college infrastructure. A major reason I became a faculty at a private university was that I was promised the necessary resources to carry out research. However, all such promises were later forgotten. The entire focus of the university was to find ways to increase intake the following year’

The account presented by Dr. Gupta is highly disturbing. Keeping in mind this comes from a man with a number of years of experience in academics, his critique of Private Universities should be given due consideration.

At the same time, we have to careful not to paint all private universities with the same brush. While some do value high revenues over all else, there are a number of private colleges and universities which strive to provide quality education.

The lesson to be learned here is that students should analyze and characterize each private college or university objectively through a given set of parameters. These parameters will be discussed below.

Before taking up the task of comparing colleges and universities by putting them on the same pedestal, we will first try to establish the parameters using which this comparison will be done. These parameters are listed below:

Placements are a factor is not an independent, mutually exclusive parameter. A college or a university’s placement performance is dependent on a number of sub-factors coming together. These sub-factors include aspects such as alumni network, industry relations, industry perception and exposure.

Student perception, like placements, is not mutually exclusive and depends upon a host of different sub-factors. To list the sub-factors for college perception is next to impossible, as they are extremely wide-ranging and difficult to explain at times.

For instance, college perception of a given college can be tarnished for the most trivial of reasons, while remaining unaffected for the most serious reasons. The rate of suicides at IITs has refused to abate over the past decade, but this fact hasn’t tarnished the image of the IITs. This lop-sided nature of perception is highly subjective and even psychological to a degree.

Imagine you visit a college campus for counseling. You’re immediately greeted by a lush green garden with a fountain in the middle. Soon you enter the air-conditioned counseling hall, the biggest auditorium you have seen in tour life. Mesmerized by the aesthetics and magnanimity of the campus, you agree to join the college.

Congratulations. You’ve made a great mistake.

Scenic beauty is not the hallmark of a great university. The best universities in the world do not have fountains and statues, but an assortment of the best facilities to provide the highest level of education possible.

College education in India used to be a luxury afforded only to the rich and the fortunate. However, the focus on human resource amongst the middle class of India has changed the tide significantly. Almost every middle-class family in India has begun to view a college education as a very important step in their child’s life.

For this reason, affordability of courses offered by private universities comes into question. Since the fee demanded at these colleges is usually very high, many families have to resort to alternative methods such as education loan or fee waivers.

The ‘ITM’ brand name in itself lends a large amount of clout to ITM University Gwalior. One of the oldest private universities in MP, ITM was established in 1997 under the Act of State Legislature. Spread across 125 acres, its campus remains one of the largest in the state.

Courses across UG and PG disciplines are offered across various fields such as sciences, engineering, management, fine arts, social sciences, arts, and nursing.

ITM Gwalior has a number of constituent departments, divided according to their respective fields of study. They are listed below:

ITM Gwalior course details have been listed in the table below:

ITM Gwalior placements have known to be quite good considering the dividends reaped by students from other private colleges. The placement data has been tabulated below:

Like ITM, Amity University Gwalior is another example of how pan-India education conglomerates are looking at MP as a potential location for expansion. 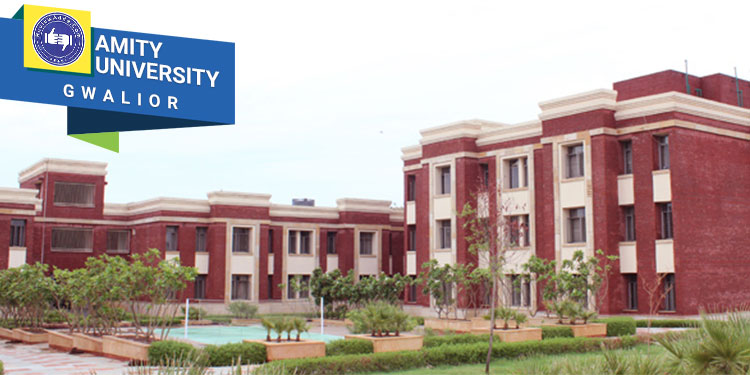 The Amity University Gwalior campus is spread across 100 acres, making it one of the largest in the state. The University is recognized and accredited by UGC and AICTE respectively. In 2014, Amity Gwalior was ranked the best private university in MP by CMAI rubberstamping Amity’s overall credentials.

Amity Gwalior courses are listed below:

Amity Gwalior placements have been discussed in the table below:

Jagran Lakecity University is amongst the relatively younger lot of universities which have come up in the last few years. The University was established in 2013 by Jagran Social Welfare Society to create a lasting legacy of higher education in MP. 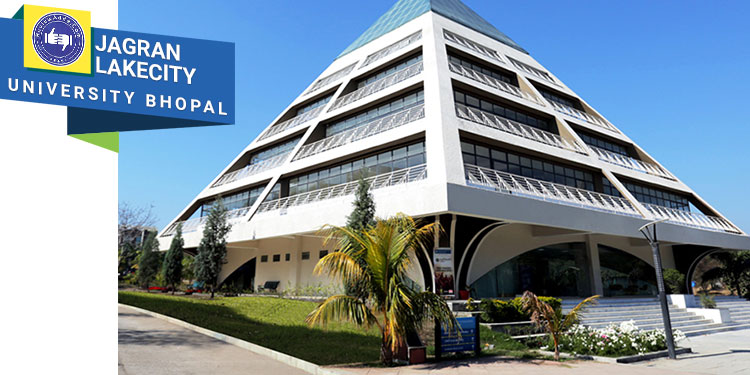 The University is accredited by BCI & AICTE and recognized by UGC. B.Tech remains the most popular course at Jagran Lakecity University campus. Admissions to B.Tech are done through evaluating the performance of applicants in JEE Mains.

Jagran Lakecity academic structure is centered on the division of courses according to their specific discipline. These schools of study have been listed below:

Jagran Lakecity courses are listed below:

VIT has become the most trusted name in the private education sector in India. VIT Bhopal is amongst the four campuses which share the same name. While there is no questioning the reliability and status of the VIT brand name, VIT Bhopal itself is still a very young institution with its first batch of B.Tech students yet to graduate. 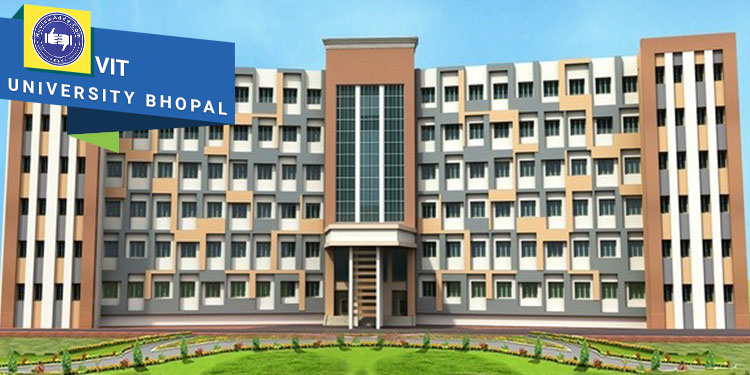 VIT Bhopal attributes much of its popularity to the success of its preceding campuses, VIT Vellore and Chennai

VIT Bhopal was established in 2017, becoming the first VIT campus to be located in North India. The MP campus is recognized by UGC, making the courses offered at the campus valid and legitimate.

VIT Bhopal admissions are done through evaluating the performance of students in VITEEE.

VIT academics are divided based on different disciplines of study. These departments are listed below:

VIT Bhopal courses do not include a wide assortment of different degrees. Only B.Tech and MBA are offered at VIT Bhopal. The fee of B.Tech varies according to different branches. The details are listed below:

VIT Bhopal is yet to have a batch graduate, and thus has no placement data to show for. However, going by placement data at older VIT campuses, VIT Bhopal should inherit a highly concise and comprehensive placement program structure.

The college comparison for Top private universities in Madhya Pradesh has been done below: 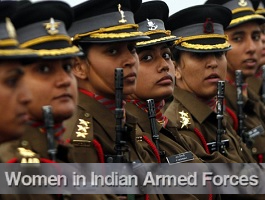 Have you ever think why there are no women fighting on frontline alongside the men, when you watch movies based on war with neighbor country some of t... 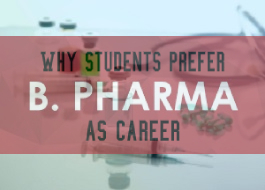 Pharmacy is defined as that branch of science which deals with the preparation, doses, dispensing and effects of medicines/ medicinal drugs or simply ... 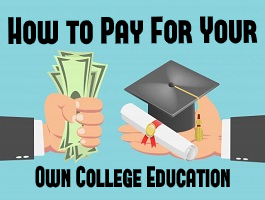 Seeking employment is becoming increasingly tough for those without a college degree. A recent CareerBuilder survey shows that employers are not only ... 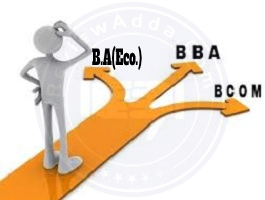 Students from the commerce stream face a major dilemma after class 12th – “Which course should I pursue?” The great fight remains in opting betw... 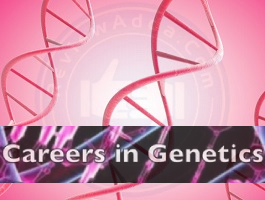