Bihar is only seldom considered when Top universities in India are discussed. Though the state has a sizable population, the number of quality government and private educational institutions is fairly less. 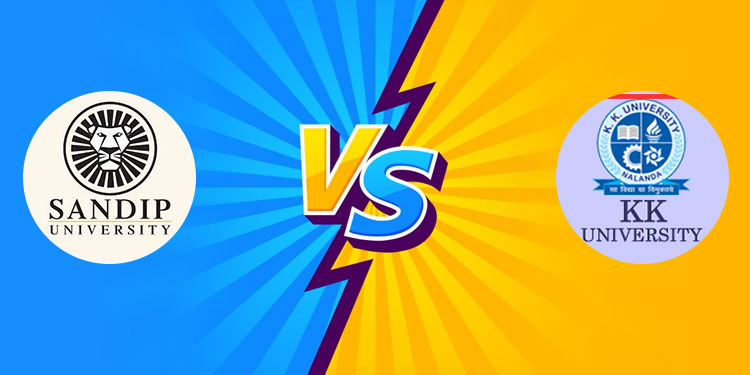 The lack of quality universities and colleges in Bihar puts students from the state at a disadvantage. While students from other states such as UP, Punjab, Gujarat, and many more have a number of options, such a luxury is not afforded to Bihar students.

Though there is a dearth of quality universities in Bihar, there isn’t a complete absence of the same. Sandeep and KK University are two amongst a handful of well-known universities in the state. This article strives to shed further light on each of these institutions and provide a wholesome analysis based on a group of pre-determined factors.

The factors which we will use to analyze Sandeep and KK University are listed below:

Compared to a government college degree, a private college/university is often considered a more risky prospect. This is because a private college/university generally has a less lucrative placement record. Despite being private in their ownership structure, private institutions fail to attract as much attention from recruiters as government colleges as the latter tend to have a better alumni network than the former.

Alumni networks play a key role in shaping placements at a given college. Most government colleges have an extensive alumni network due to their relative age compared to the newer private institutions.

In India, education is considered by most families as a matter of great importance. No family wants to send their children to a college which is perceived poorly in the general public. There have been many examples when a college’s reputation has been destroyed simply on the basis of a slight negative perception

Stumping up money for higher education in India is increasingly becoming a big problem as the number of aspirants applying to colleges in rising every year. For this reasons, more and more private colleges and universities are increasing tuition fees in hope of a massive windfall.

These strands put together result in affordability becoming a major factor for most students getting into the swamp of college admissions.

Spread across 60 acres, Sandip University is a private institution located in Sijoul, Bihar. After achieving remarkable success in Nashik, Sandip University spread its wing eastwards, namely to Bihar where there is a pronounced absence of prominent universities and colleges. 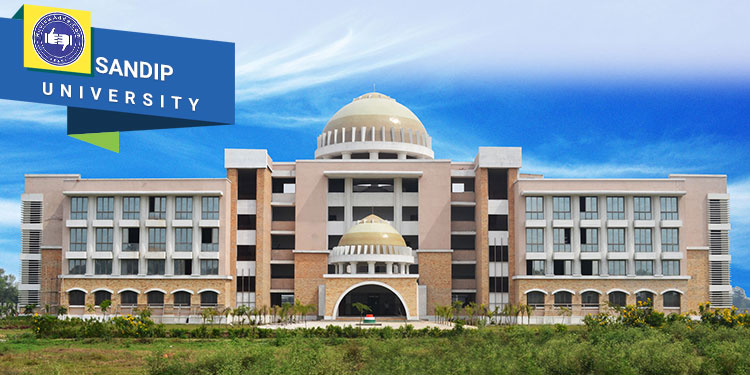 Sandip University Sijoul is the second campus of the Sandip Foundation

Established last year in 2017, Sandip University Sijoul is starting to make its presence at the new campus. It is already recognized by UGC, clearing the way for the institution to retain the ‘university’ status.

While the university conducts its own entrance exam as well, admissions are also offered on the basis of performance in standard evaluation exams such as JEE, UPSEE, CAT, MAT, SAT, GMAT, ENAT & EMAT.

Sandip University academics program is structured as most universities in India. Each department has a different constituent school. These schools are listed below:

Sandip University courses are listed below along with details such as duration and tuition fee per annum.

Since the Sijoul campus was established last year, there is no discernable way of finding how its placement program is going to be. However, we can analyze the placement performance of the Nashik campus to get an estimate of future campus recruitment at Sandip University.

KK University is the only private institution in Bihar, besides Sandip University, which was also established last year when ruled regarding private university formation were relaxed by the Bihar state assembly through the passing of Private Universities Bill 2017. 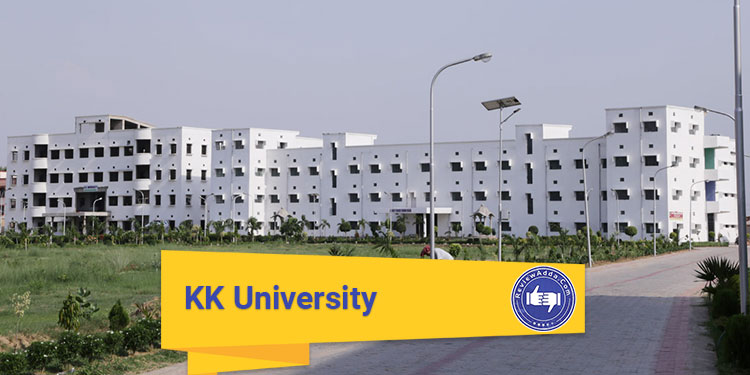 KK University is a recently established institution located in Nalanda

The campus is located in Nalanda, a premier city in Bihar. The University is also recognized by UGC removing any ambiguity regarding the ‘university’ status.

KK University admissions are stringent upon performance in the entrance exam. For each course, the entrance/qualifying exam differs.

Like Sandip University, KK University’s academic structure is based dividing of each department according to their respective discipline. These departments have been listed below:

KK University B.Tech fee structure is given in detail below:

For other information regarding engineering colleges in Bihar, click on the link here

KK University placements are still to commence as the first batch was admitted last year. Thus, it is not wise to say anything about their campus recruitment just yet.

After discussing each university individually, we finally come to the final stage, the comparison. The college comparison for both universities is done below: