Ansal vs Apeejay Stya vs BML Munjal vs GD Goenka

Haryana is not wildly popular when it comes to having the best universities in India. However, there are a number of colleges and universities in the state which have a reasonably good reputation.

The presence of private universities in Haryana is also highly noticeable. Institutions such as Ansal, Apeejay Stya, BML Munjal and GD Goenka have offered students a choice besides the overflowing government institutions which are too difficult to get into.

While some private colleges can be deemed worthwhile, there are a few others who act as mere ‘degree shops’. The quality of education at such private colleges is below par and simply too aberrant to be allowed to function.

It is for this reason that scrutinizing each college based on a given set of parameters is highly advisable. While government colleges can be trusted to a certain degree for providing a perceivably good (if not literally good) education, private colleges and universities do not inspire the same trust. This is primarily because, in India, the backing of the government lends weight to any given institution almost instantly. On the other hand, private colleges have to earn their spurs by constantly improving across all avenues to gain a good status.

Since India has been independent, engineering as a profession has never seen a down round. Every era of modern India has been shaped in some form by the engineers of the respective generation. The establishment of the IITs sowed the seeds for ‘scientific temper’ amongst Indians, a feeling which has carried to future generations.

However, as we currently stand on the cusp of another radical tech revolution, the crowd of engineering talent on hand does not lack in quantity but lacks severely in quality. Part of this mess has been the phenomenon of private colleges and universities, many of whom have are not equipped to offer technical courses like engineering.

A report commissioned by the Government of India in 2016 deemed the unregulated standards for higher education to be a major cause for the rapid rise of private education in the country. While some private colleges and universities can be called proficient, the story is otherwise for the majority of the private colleges.

Is a solution near in sight? Experts think there might be a solution. ‘The problem of private colleges could end exactly how it began’ believes Tarun Madhav, an educationist.’ Students today are joining private engineering colleges as they assume a B.Tech degree will land them a job, no matter how mediocre their education at the college is. As the days of mass hiring have come to an ebbing, these private colleges will not be able to deliver placements. No placements will mean no students next year. Problem solved!’

While the premise of Tarun’s solution is right, the execution of this solution might be so easy. For instance, there is also the problem of private colleges making lofty claims during the time of admissions. What does one do in such cases?

Tarun replies to this point by making the point that the effort required to rid the system of such dodgy colleges has to be collective. ‘In India, we have a problem. Every time we face a big problem, we expect the government to help us out. To stop colleges from making such claims, hold them accountable for every word they say. If they backtrack on their claims, protest and bring the name of the accused party into the spotlight. Most problems can be solved without waiting ceremoniously for the government to arrive and swish its magic wand!’

As we established the point of being vigilant while choosing a college of study, the right way to do it is by establishing a blueprint of factors which are fundamental to the assessment of any given university.

The factors have been listed below:

Placements are a key distinguishing factor between engineering colleges. The first question most aspirants want to know about a prospective college is the range of placement package their graduates are getting.

Though the exercise may seem too lop-sided, it remains highly popular. Many private engineering colleges use their impressive performance in campus recruitment as a plank to market their college. Part of the appeal for top-tier IITs and IIMs is also down to them managing to gain the best placement figures in the country.

If you wish to know the placement data of a given college, you can find the same on the institution’s website. If there is no mention of placements on the college website, we would advise you to reconsider taking admission to the given college.

In order to be known as a decent college, it should have a respectable perception. There is no secret to gauge the perception of a college. The simple way is to ask your friends and relatives what they feel about the given college. If the answer is resoundingly positive, go for it.

Another method which is more reliable is to find out what the given college’s alumni have to say. These days, you can easily access alumni reviews of colleges through premier education sites such as ReviewAdda

The best way to judge a college’s infrastructure is simple: just ask. Visit the college website and check the following:

If you belong to a middle-class family like most engineering aspirants, the prospect of paying a high fee for a B.Tech course offered at a private college must be daunting. For this reason, the affordability of a given course remains a very important factor.

As a student, it can be difficult to evaluate whether the fee demanded is fair. One way to do it is by calculating the time you will need to recover the money you paid as college fees. This will be done by comparing annual tuition fee with the average annual package offered at the college campus during placements. The table below simplifies the concept:

Ansal University is one of the most popular universities in the Gurgaon region. Established only a few years back in 2012, Ansal University came into being with the aim to raise the bar of higher education in the state and the country in general.

Ansal University is a renowned institution of higher education in Gurgaon

Offering over 19 courses at its 15-acre campus in Gurgaon, Ansal University has been doing a lot of things right in the past few years. Its placement record has been decent too.

Ansal University is recognized by UGC as a private university, removing all doubts over the institution's legitimacy and the courses’ validity.

Ansal University academic structure is cogently segregated according to its respective discipline. The overview of the academics, namely the different departments are listed below:

Ansal University courses are listed below:

Another educational institution from the ‘millennium’ city of India is Apeejay Stya University. Like Ansal, Apeejay is also a very popular brand in the education sector, with a number of public schools across India operational under the same name.

Apeejay Stya is a well-respected university for higher studies

Apeejay Stya University was established in 2010 by Dr. Stya Paul in the name of Apeejay Educational Society. The university was given autonomous status soon after its establishment under Act No. 10 of Haryana Private Universities.

The university is also recognized by UGC and a member of the Association of Indian Universities (AIU). It is also accredited by a number, of course, specific bodies such as BCI, PCI, and NCTE.

Apeejay Stya University academics are divided into a number of constituent schools based on their respective disciplines. These schools are listed below:

Apeejay Stya courses are listed below along with their respective duration and fees per annum.

Apeejay Stya University placement highlights have been elucidated in the table below:

BML Munjal University is an institution established in Gurgaon in 2014 by the ‘Hero Group’ to set a new standard in the higher education of the country. Spread across 50 acres, BML Munjal is one of Gurgaon’s biggest and most prominent institutions having built a solid perception around its image over the past few years.

The university is recognized by UGC and accredited by AICTE. The campus is fully residential, implying students admitted to the college have to take up residence in the hostel.

At BML Munjal University, academics are imparted through three constituent schools listed below:

BML Munjal courses are listed below along with details such as duration and fees:

Since B.Tech batch is yet to graduate, we can only analyze placement records of BBA and MBA graduates. BML Munjal placement stats for MBA and BBA graduates are highlighted in the table below:

The University is recognized by UGC and accredited by a number, of course, specific bodies such as NCTE, PCI, BCI, and COA.

B.Tech and MBA are two of the most popular courses offered at GD Goenka University and admissions to both these courses are offered based on the applicant’s performance in JEE Main (for B.Tech) and CAT/MAT/GMAT (for MBA).

GD Goenka University academics are carried through a number of different departments divided according to their respective discipline.

GD Goenka University placements stats are highlighted in the table below:

OP Jindal Global University is arguably one of the most popular educational institutions in Haryana and North India. Though it was established just a few years back in 2009, it has since harvested a reputation for being highly diligent and focused in its academic approach.

JGU was established in 2009 by industrialist Naveen Jindal as a philanthropic endeavor in the memory of his father, the late OP Jindal.

JGU is recognized by UGC and graded ‘A’ by NAAC. It is most famous for its law course, and thus JGU also has BCI accreditation.

OP Jindal Global University academics are organized through different constituent schools of learning. These schools are listed below:

OP Jindal Global University placement highlights have been tabulated in the table below:

Sri Guru Gobind Singh Tricentenary University was established in 2013 as a non-profit by the SGT Group of Institutions. Though it is merely five years in total age, SGT University has grown in popularity over the years by elevating the level of academic discourse than previously expected.

SGT University is recognized and accredited by the UGC and AICTE. Other accrediting bodies include MCI and BCI, for medical and law courses respectively.

Engineering remains the most popular course on campus followed by MBA and Law.

Like all the aforementioned colleges, SGT University academics are divided on the basis of the discipline of courses.

SGT University courses are listed below:

SGT University placements are highlighted in the table below:

The comparison between the top private universities in Haryana is listed below: 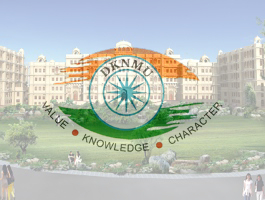 K N Modi University is a Private University and is approved by University Grants Commission (UGC). It is a very prestigious university which is well k... 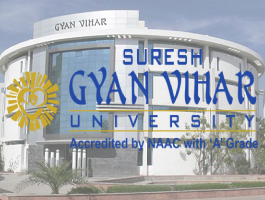 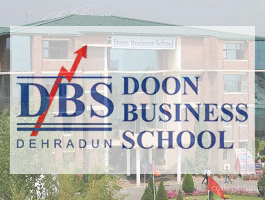 According to the recent ranking of India Today, Doon Business School is ranked 27 among other well-known schools it is also known as DBS, Dehradun. At... 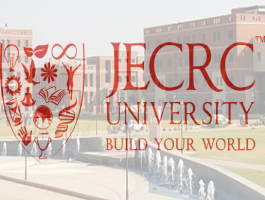 JECRC University was established in the year 2012. It is located in Jaipur, the capital city of Rajasthan. The University is driven by the culture of ... 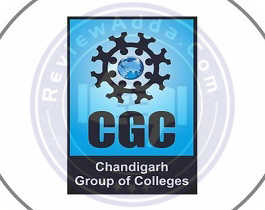 Established in 2001, Chandigarh Group of Colleges (CGC) Landran was with the strength of 100 students but now it houses over 15000 students and offeri...