The New Educational Policy (NEP) 2020 revealed on 29 July’20, seeks to introduce and implement a sea of changes across all levels of Education in India, including the important understanding of education in the country. It also seeks to implement changes in the way the facilitators of such education – schools, colleges and teachers – are trained and how they approach education. 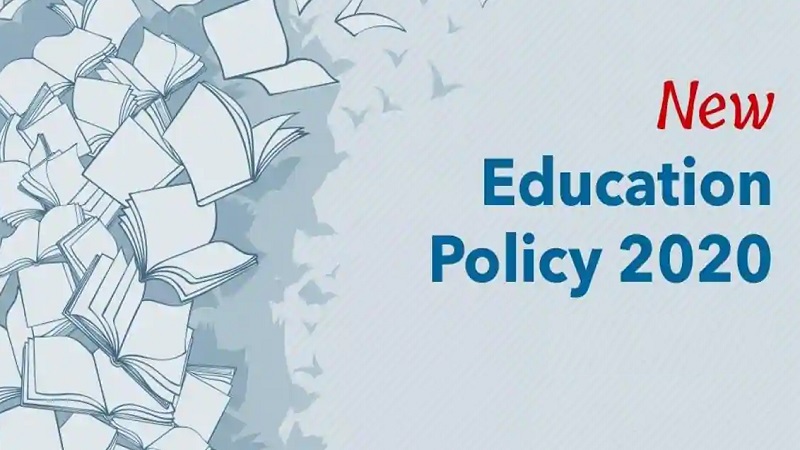 In the middle of other things, a sign of the country’s changing focus on education, the NEP has renamed the Ministry of Human Resource Development (MHRD) as the Ministry of Education.

The policy is based on the pillars of “access, equity, quality, affordability, accountability” and will transform India into a “vibrant knowledge hub”, tweeted Prime Minister Narendra Modi soon after it was unvelied.

What are the reforms the New Educational Policy (NEP) 2020 aims to bring about and how does it look to change the landscape of Indian learning?

The policy has lifted public spending on education by the states to 6% of GDP. Presently, India spends 4.6% of its total GDP on education. It has introduced new curricular and instructional structure replacing the existing 12th structure.

The regions in aspirational districts that are facing greater social, economic and caste barriers are to be designated as “Special Education Zones”.

The policy also aims to set up “Gender Inclusion Fund”. The fund will asisst in providing equity edu. to all girls and transgender students.

The policy purpose to bring in classic knowledge related curriculum. This includes tribal and indigenous knowledge. The policy aims to incorporate this into the Educational System in a Scientific Manner.

How the NEP 2020 Was Formulated

New education policy was one of the Bharatiya Janata Party’s poll promises in the 2014 Lok Sabha elections.

Efforts for a new education policy have been underway since 2015, and in May 2016, the Committee for Evolution of the New Education Policy submitted its report, based on which the then MHRD prepared ‘Some Inputs for the Draft National Education Policy, 2016’.

Eventually, in June 2017, the Committee for the Draft National Education Policy was constituted under the chairmanship of Dr K Kasturirangan, former chief of the Indian Space Research Organisation (ISRO), which submitted the Draft National Education Policy 2019 to Dr Ramesh Pokhriyal on 31 May 2019, after he took charge of the ministry. The draft had reportedly earlier been submitted in December 2018 as well.

According to the government, the NEP 2020 has been formulated after having considered nearly over 2 lakh suggestions from 2.5 lakh gram panchayats, 6,600 blocks, 6,000 ULBs and 676 districts.

The policy document says that it “aims at producing engaged, productive, and contributing citizens for building an equitable, inclusive, and plural society”.

Among other things, the NEP 2020 suggests a slew of Reforms to School Education, with a focus on flexibility of subjects and eliminating silos between streams of learning. Another goal of the NEP is to achieve a 100 percent Gross Enrolment Ratio in preschool to secondary level by 2030.

First off, the NEP changes the existing 10+2 structure of school education to a 5+3+3+4, covering children between the ages of 3-18.

This essentially brings into the fold children of the age group of 3-6 years, who were not covered in the existing structure, which begins only at grade 1.

This structure, when broken up into corresponding grades, is:

The NEP aims to reduce the curriculum content to its core essentials, focussing on key concepts and ideas in the order that children are able to practice more critical thinking and among other things, more analysis-based learning.

The New Education Policy also states that there will be no hard separation among ‘curricular’, ‘co-curricular’, or ‘extra-curricular’, areas, among ‘humanities’, ‘arts’, and ‘sciences’, or between ‘vocational’ or ‘academic’ streams. During grades 6-8, students will be required to take a course that will provide hands-on experience of a number of important vocational crafts as well.

In fact, children will also be given increased flexibility in the choices of subjects they wish to study, especially in the secondary stage.

Changes to Examinations & Focus on Multilingualism in Schools

The policy also aims to promote multilingualism and learning of native languages. There will also be reforms to the assessment system.

According to the policy, board exams will be made ‘easier’, testing ‘primarily core capacities/competencies’ rather than rote learning. There will also be the possibility of taking the board exams twice in a year, once for the main exam and once for improvement if a student so wishes.

In addition, the NEP will implement standardized school exams to be taken in grades 3, 5, and 8 in order to track the progress of education throughout school years rather than just at the end.

One of the Biggest Changes the NEP seeks to bring about is a focus on languages in school.

On the basis of the policy, wherever possible, “the medium of instruction until minimum grade 5, but preferably till grade 8 and beyond, will be the local language/ mother-tongue/ home lang./ regional lang.”, to be followed in both public and private schools.

The policy will also implement the three-language formula, but with some flexibility and without imposing any language on a state. Essentially, it means that students will learn three languages, based on the states, regions, and the choice of the students themselves, as long as at least two of the three languages are native to India. The reference to Hindi and English in this regard in the draft NEP has been dropped after a protest from political parties.

One of the languages offered in this three-language formula will be Sanskrit. The latter will be offered at all Levels of School and Higher Education, as will other classical languages such as Tamil, Telugu, Kannada, Malayalam, Odia, Pali, Persian, and Prakrit. Foreign languages such as Korean, Japanese, Thai, French, German, Spanish, Portuguese, and Russian, will also be offered at the secondary level, the policy states.

The policy not only aims to transform education but also to improve the skills of those facilitating that education – teachers.

In order to ensure that, the policy seeks to institute a large number of merit-based scholarships across the country for studying quality four-year integrated BEd Programs. It also states that teacher eligibility tests (TETs) will be strengthened to inculcate better test material and the scores of the same will be taken into account for recruitment purposes.

Teachers will also be offered local, regional, state, national, and international workshops as well as online teacher development modules so that they are able to improve their skills and knowledge and will be expected to participate in at least 50 hours of such continuous Professional Development Opportunities in a year.

The policy states that by 2030, teacher education will be moved into multidisciplinary universities, and by the same year, the minimum degree qualification for teaching will be a four-year integrated BEd. This rule will, however, not include those who have already obtained a bachelor's degree or a master's degree, for whom there will be different requirements.

Additionally, teachers will be expected to avoid participating in activities such as electioneering, so that they are able to better devote their time to teaching.

Reforms in the Higher Education System

The NEP naturally brings about a sea of changes in the system of higher education as well, aiming to improve it with the goal of “creation of greater opportunities for individual employment.”

A goal of the NEP is also to increase the Gross Enrolment Ratio in higher education, including Vocational Education from 26.3 percent as of 2018 to 50 percent by 2035.

One of the main aims of NEP is to overhaul the fragmented nature of India’s existing higher education system and instead bring together higher education institutions (HEIs) into large multidisciplinary universities, colleges, and HEI clusters/knowledge hubs. The policy states that over time, single-stream HEIs will be phased out over time.

One change that the NEP brings about is that the Undergraduate Degree will be of either a three or four-year duration, with multiple exit options within this period, with appropriate certifications for those dropping out at a certain point in the course. HEIs will also be able to offer master courses of different designs, based on the undergraduate degree of the student.

Additionally, the MPhil Program has been discontinued by the NEP 2020.

Interestingly, in keeping with the multidisciplinary approach to education, a new system that the NEP is seeking to implement is an “Academic Bank of Credit (ABC)”, which will be able to digitally store academic credits earned from various recognized HEIs. This will allow degrees from an HEI to be awarded taking into account credits earned.

For now, while the NEP states that a system of granting graded autonomy based on accreditation will be adopted for colleges, eventually, the purpose is to transform them into an independent degree-granting college, or a constituent college of a university.

A change has also been to the regulatory system, with the National Higher Education Regulatory Council (NHERC) set to function as one single regulator for the higher education sector, containing teacher education, but excluding legal and medical education.

Speaking to Livemint, K Kasturirangan, who is behind the drafting of the NEP, said that “transforming and creating a Dynamic Education System is fundamental for the progress of any country – India is no different” and that the idea “is to open our minds to excellence.”

The NEP has naturally been hailed by leaders from the reigning party. Union Minister Piyush Goyal said that it would ensure “a bright future for leaders of tomorrow” and “nurture each child’s unique talent”, while a former HRD minister, Smriti Irani herself, called it “a transformative restructuring of education in India”.

Congress leader Shashi Tharoor also welcomed the policy but questioned the government for not introducing it in Parliament first. In a series of tweets, he also stated that the challenge would be “to ensure aspiration is matched by the implementation.”

At the same time, the Vice-Chancellor of Jamia Millia Islamia, Najma Akhtar, said that the New Education Policy would transform India into a “global knowledge superpower”.

“The Gross Enrolment Ratio of 50 % is an important target and all universities must contribute to it. The initiatives announced under New Education Policy 2020 should help achieve this target. The govt. recognized multiple the entry and exit options at the UG level will give more options to the youth.”

Speaking to India Today, Director, IIT Kharagpur, Prof VK Tewari, said: “The emphasis on primary education in regional languages and the introduction of Sanskrit, following the three-language formula, will turn out to be a great boon to the people of the country especially in the rural areas,”.

Principal Director of Symbiosis, Vidya Yeravdekar told The Indian Express that the “new NEP is very forward and student-centric” but added that “what is critical now is training teachers and changing their mindset to adapt to the new challenges”.